Dynoman speaks with STERYO and breaks down his latest album Naubahar, the Pakistan music scene, and the formidable sound creators of Ambient, Electronic and Hip Hop genres. 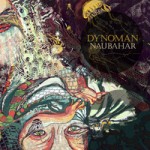 Nestled in between India and Afghanistan, the nation of Pakistan is undergoing a transformational musical experience, one that eclectically derives from Western forms of music ranging from Electronic to Hip Hop and combining them with local cultural traditions thus bringing to the world a diverse form of art that is currently in its nascent stage. Blazing a path requires visionary-minded people whose ambitions are as big as their network’s outreach; they are sound creators, people who speak to the world through sound, a sound with a story of pain and love.

Without the support of major record labels, these sound creators are utilizing predominant social networks such as Facebook and Twitter to broadcast their presence by directing their fans to their online music distribution channel allowing their music to extend across their borders and pinch at the market-share necessary for international fanfare.

The music speaks for itself and does not require a harsh critique, what is required is an open mind, one that thinks passively international and consents to otherworldly tones. But what matters most, is introducing you to a formidable sound creator who goes by the name of DYNOMAN.

What’s up Dynoman, how are you sir? I want to thank for your time.

Hey Edgar, I am well and I would like to thank you for this opportunity!

Let’s get to it, tell us about Dynoman and where you from?

Dynoman is a project I started on May 27th, 2011. I am from Karachi which is the largest city in Pakistan. I had been involved with music in the past being a guitarist for a band and was using the Reason (music production program) to produce for fun. I decided to get more serious about starting a solo musical project after the band [I was apart of] split up after we all left for college/university. I got more into electronic music after going to university and the lead singer of my old band showed me a lot of artists that I began to feel inspired by. I began by producing down [tempo]-beat material which later progressed into eexperimental electronic stuff.

You new album Naubahar, what does it mean and how would you describe the sound of the album?

The first track of the album has been entitled “New Beginnings”, which signifies the transition I made from playing the guitar to electronic music. However, I am using the allegorical meaning whereas the word’s literal meaning, originating in India/Pakistan is “New Spring”. Also, since I grew up in Karachi I have drawn most of my inspiration from there and the happenings within the city.

The album is a fusion of my Western influences meeting my love of Eastern music. I am a very avid fan of the sitar and tabla so I decided to throw all those influences into a melting pot and see what came out. I would describe the sound as a journey of my interpretation of sound. I constructed the album as more of a story with changing vibes changing that sends the listener on a journey, much like my own, when I composed it.

Can you explain the concepts of some of the favorite tracks off Naubahar? I personally dig Lathi Charge, that track gets me amped up.

Naubahar, the title track, is one of the happier and more upbeat tracks on the album and I found it to be one of the tracks I favored over others. The reason for this is that the house I grew up in was named by my Great Grandmother – is called “Naubahar” – and has many happy memories for me.   Another track that I favored was the track Imaginary Parrots Cheebay. That track was a lot of fun to make since I was syncing a story to a beat and it turned out just the way I wanted it to. Lathi Charge was one of my tracks that I energized quite a bit. Lathi Charge is an action when the Police baton charge a mob to disperse it therefore, it is pumped up and tense!

What equipment and samples did you use for this album?

I produced this album using Ableton Live 8 on my tracks and some synth samples from the [music] program Reason. I mainly used analog synths to make my sounds with some recorded samples. As for the samples I used a mixture of recorded and samples I bought! I used the samples bought from Loopmasters for some of the Eastern samples. I then chopped up many samples and stitched them together to use in the tracks.

Who are your musical influences?

My biggest music influence is John Frusciante. I was very inspired by him during my guitar playing days and really look up to the way he creates his tracks. In terms of production – I find Flying Lotus, Shlohmo, and Daedelus, to name a few producers, who influence me. I really like their sound and the way they make their beats.

What’s next after Naubahar? Any new albums coming to us?

Yeah! I am currently working on new work as we speak. I am hoping to release a new single on the collective I am a part of called Forever South which has some awesome musicians on it. The single is a completely different style/sound so I’m pretty excited to get it done. I may also be working on an EP after a few months.

Prior to this interview you had mentioned to me about the music movement happening in Karachi, Pakistan. Can you elaborate on that?

Yeah for sure! The music movement in Pakistan actually has become really great. We have a ton of bands, electronic musicians, and producers who have been making some awesome tracks. In Karachi we have bands such as //Orangenoise, Mole, Basheer & the Pied Pipers, and Sikandar Ka Mandar to name a few and other bands such as Poor Rich Boy and 6LA8. Each of these are in their own genre and are making some awesome tracks. We also have many solo musicians/producers to check out as well such as Toll Crane, Alien Panda Jury, Asfandyar Khan, Rudoh, Dreadnaught, and Friedi!

What about the collective you’re a part of – Forever South Music?

Forever South is great because it allows people here who are making similar music to promote it under one umbrella. All the musicians on it make great tracks and have released quite a few singles on the collective. The collective also has plans to have shows where we can all perform sets and bring a new experience here!

As a producer in Karachi, how do you find Bandcamp, Soundcloud, and social networks to work for you? Have they connected your music worldwide?

I find them all very helpful because without those sites I wouldn’t be able to share my music at all. Bandcamp, Soundcloud, Twitter, and Facebook make it really easy for me to spread the word about the album and my music.

Who are some of the artists you would like to collaborate with in the future?

I am currently collaborating with some awesome artists from the scene here but I would absolutely love to collaborate with John Frusciante and Daedelus.

I want to Thank you again! Any last thoughts or music recommendation you would like to add?

Just to keep supporting me and to check out the music scene over here in Pakistan!

What do you think of this? Cancel reply

This site uses Akismet to reduce spam. Learn how your comment data is processed.